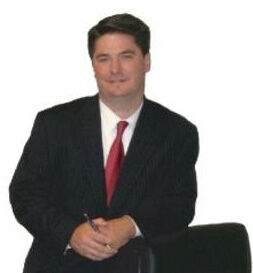 Bankruptcy is a very effective means of dealing with Income Tax debts. Although the Dischargeability of actual Income Taxes is the same in Chapter 7 and Chapter 13, there are still some distinct advantages offered by Chapter 13 when confronted with Non-Dischargeable Income Taxes. It is, therefore, very important to analyze the exact nature of your Income Tax Liability before deciding which Chapter of the Bankruptcy Code you should select in seeking Bankruptcy protection.

Generally, Income Taxes are Non-Dischargeable if they were incurred on an Income Tax Return that was last due, including any extensions to file, within three years before the filing of the Bankruptcy Petition. There are, however, several exceptions to this general rule:

Assessments Within 240 Days of Filing a Bankruptcy Case:

Assessable but not Assessed:

Income Taxes, which are assessable at the time the Bankruptcy Case is filed but not yet assessed by the IRS, are also Non-Dischargeable.

Fraud or Willful Evasion of Taxes:

Even if Income Taxes are otherwise Dischargeable, they will still be deemed Non-Dischargeable if the Bankruptcy Debtor filed a Fraudulent Income Tax Return or attempted to Evade or Defeat the Income Taxes owed.

The time periods set forth above can be tolled (i.e. extended) in cases where prior Bankruptcy Cases, Offers in Compromise and Requests for Due Process Hearings and Appeals have been pending or where Form 656 Tolling Agreements have been executed.

Recently, the IRS has changed its policy and initiated collection activities for Post-Petition Interest that accrues on Non-Dischargeable Income Taxes during the pendency of a Chapter 13 Case even if the underlying Income Taxes were paid through the Chapter 13 Plan. This has created many problems for Bankruptcy Debtors who thought their Income Tax Liability had been resolved through their Chapter 13 Bankruptcy Cases.

This is an enormous advantage over Chapter 7. In many cases, the Penalties owed by a Debtor can be greater than the Income Taxes they owe. Furthermore, Income Tax Penalties for failure to timely pay Income Taxes do not accrue while a Chapter 13 Case is pending pursuant to Internal Revenue Code Section 6658.

In a Chapter 13 Bankruptcy case, a Debtor must pay all Income Taxes and Pre-Petition Interest that is entitled to be classified as a Priority Claim. The Bankruptcy Code defines a Priority Income Tax Claim as a claim for:

2. Income Taxes assessed within 240 days before the date on which the Bankruptcy Petition was filed. This 240 day period is extended by any time, plus 30 days, during which an Offer in Compromise made within that 240 day period was pending; and

Failure of the IRS to File a Proof of Claim in a Chapter 13 Bankruptcy Case:

This is very important if the IRS fails to timely file a Proof of Claim for the Priority Taxes that are required to be paid through a Chapter 13 Plan. In the absence of a Tax Lien, if the IRS fails to timely file its Proof of Claim, the Priority Income Taxes will not be Paid through the Plan but will still be Discharged upon Completion of the Chapter 13 Plan and the entry of a Chapter 13 Discharge Order by the Bankruptcy Court.

CALL NOW FOR A FREE CONSULTATION:

If you owe Income Taxes, please call my office at (513) 528-0200 or send an email to Info@CincinnatiBankruptcy.com to schedule a Free, No-Obligation Consultation.

Despite what you may have heard, Bankruptcy could offer you the opportunity to hang your Tax Problems on your rearview mirror.

If you are suffering with financial problems, please call (513) 528-0200 or send an email to Info@CincinnatiBankruptcy.com. You can also contact us with through our website by clicking here.

I look forward to helping you,

The Law Office of Gregory M. Wetherall is a debt relief agency that helps people file for bankruptcy relief under the Bankruptcy Code.