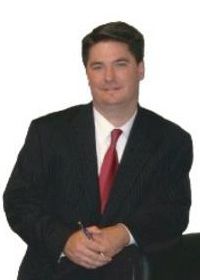 Greg's appellate work has lead to changes in the law regarding the modification of Mobile Home loans. Specifically, Greg won cases in the Sixth Circuit Court of Appeals which made it easier to modify Mobile Home Loans so the owners of those homes can pay for them at their fair market value rather than the full amount owed on the loan. This has allowed numerous mobile home owners to save hundreds of thousand of dollars and payoff their home in less than 5 years rather than 30 years.

Greg has practiced in several different areas of Law. He worked for a Labor and Employment firm in Houston, Texas as well as a Personal Injury practice in Dallas, Texas. He gradually began handling Bankruptcy cases and enjoyed the enormous difference he could make in his Clients' lives utilizing the Bankruptcy Code. Eventually, he ceased working in all other areas and focused his practice on Bankruptcy Clients. Today, he works solely as a Bankruptcy Attorney.

In his personal Life, Greg is very proud of his children. His Daughter, Samantha Wetherall, graduated with a degree in Environmental Engineering from Humboldt University in Arcata, California. His Daughter, Carolina Wetherall, graduated Magna Cum Laude from Bucknell University, in Lewisburg, Pennsylvania, with a Bachelors Degree in International Business and German Studies. Prior to commencing her studies at Bucknell, Carolina won a Scholarship in the prestigious Congress Bundestag Youth Exchange (CBYX) where she studied in Germany for a year and became fluent in the German language. She is currently employed as a Territory Manager by ExxonMobil and lives in Omaha, Nebraska. His youngest Daughter, Isabelle Wetherall, graduated from Sycamore High School in 2021. She has been accepted into the Fashion Design Program at the University of Cincinnati, College of Design, Art, Architecture and Plan (DAAP) where she begins her studies in the Fall of 2021. She aspires to becoming a Fashion Designer and owning her own business.

In his spare time, Greg is an avid reader and student of history. He enjoys studying the European Renaissance and Age of Enlightenment, the American Revolution, the American Civil War, the Gilded Age and World War II. He has travelled extensively and frequently visits battlefields and other historical sites in both the United States and Europe.

The Law Office of Gregory M. Wetherall is a debt relief agency that helps people file for bankruptcy relief under the Bankruptcy Code.